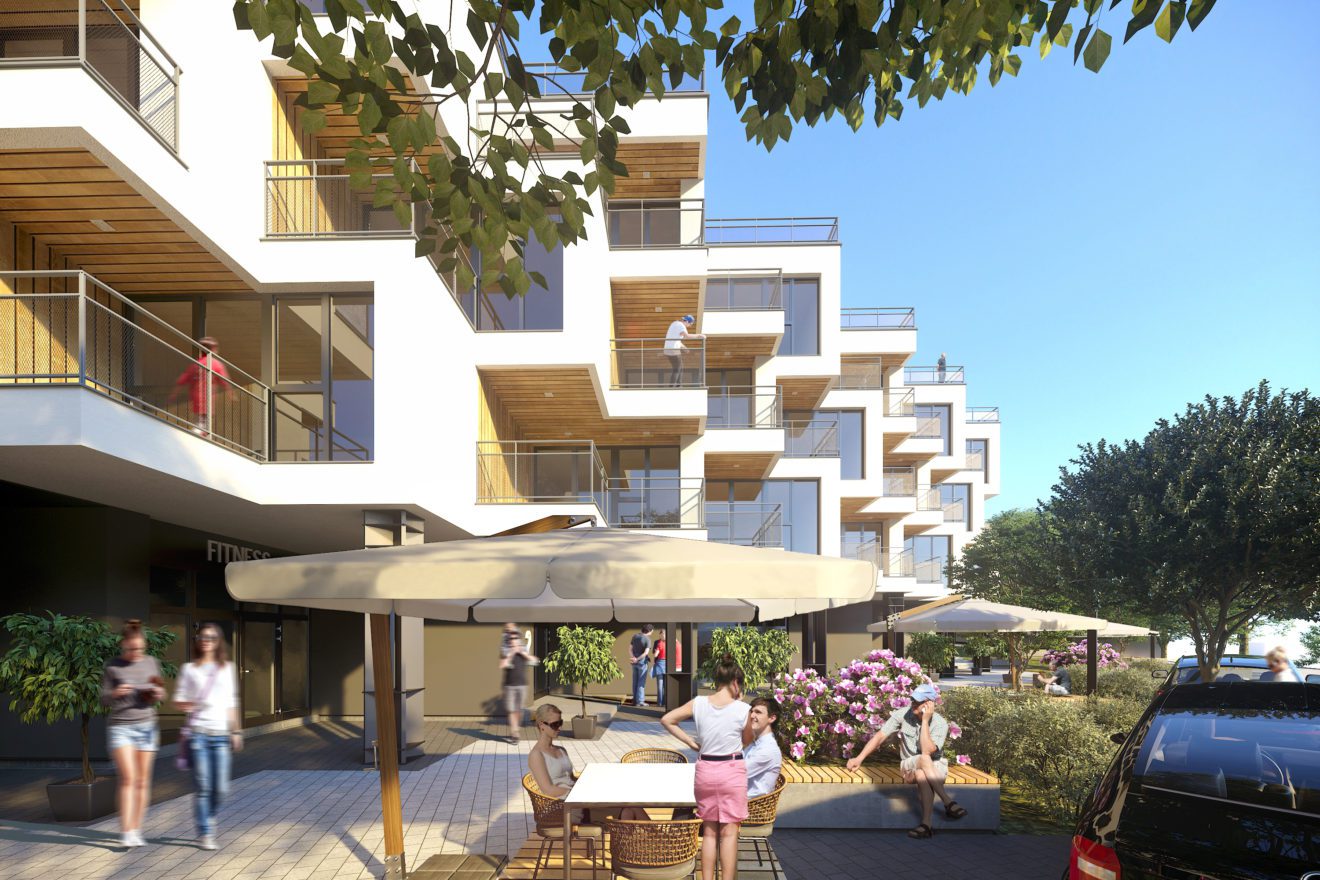 Low-rise and mostly single-family housing is located at the foot of the hills in the district of Zalesie in Rzeszow. Primarily, there was meant to be a Science Center in its neighborhood, but however a project has been ultimately shelved. As a result of complicated perturbation, this hilliness area fell into the hands of several possessors who decided to build even eighteen storeys high apartment blocks above the mansions.

In order to reconcile investor’s willingness to utilize a plot of land fully, with desire of residents to preserve ready-made nature of housing- MWM Architects elaborated architectural design. Buildings, consisting of maximally nine floors are not going to outbalance or weigh the existing houses down due to its forms, shapes, and integration with greenery.