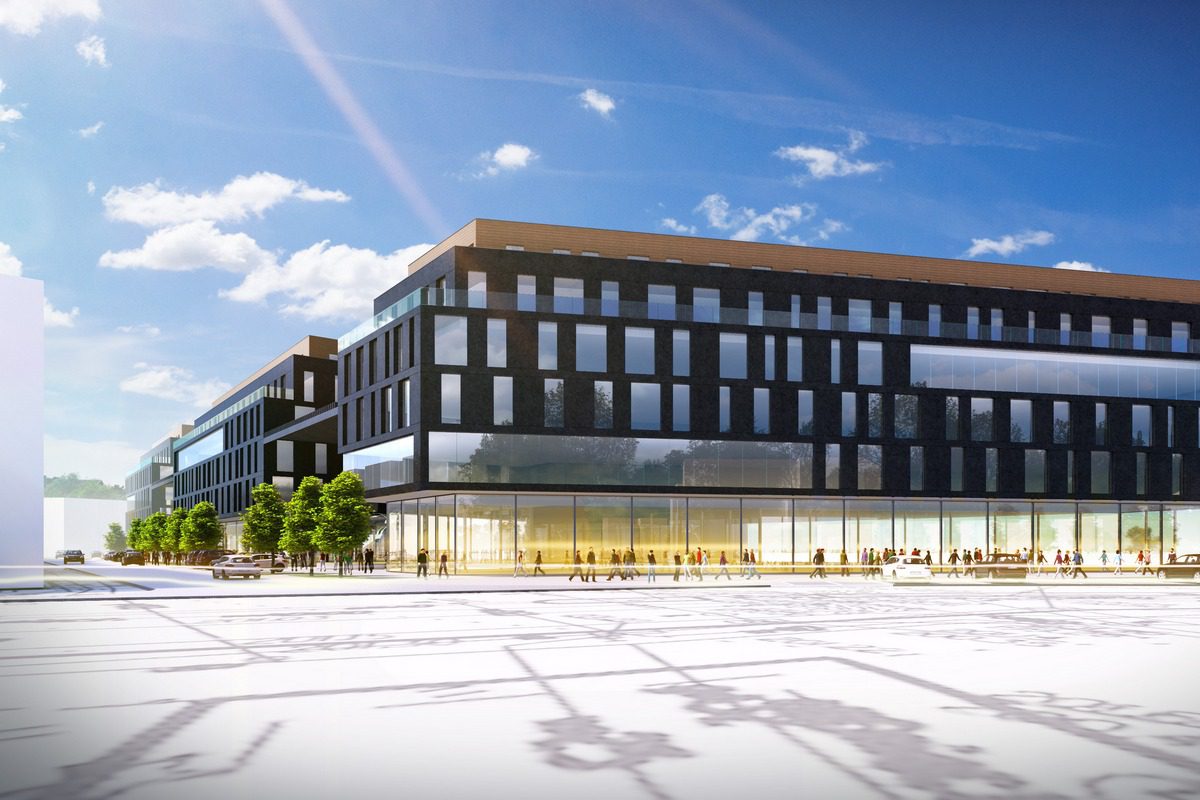 Doubts around the bus station. Łobos: Let’s not destroy the good connection of functions in the city

Will the new main bus station for the city of Rzeszów be built in a new place at Kochanowski Street (at the 1000-th Anniversary Estate), or will it be built at Grottger Street, where the PKS  enterprise enlarges its investment area more than twice by purchasing land between the existing station and the railway tracks? The purchase of land by the PKS opens up completely new possibilities for expanding the station at its current location.

Urban planners have here, however, a completely different opinion than the PKS authorities and some architects who dealt with the subject. One of them is Maciej Łobos from the MWM-Architects studio. He also convinces to keep the location of the station at Grottger Street

We presented the PKS investment plans and sources of funding a few days ago HERE. We will now briefly discuss the planning arguments in support of each of these two solutions.

Bus station at Kochanowski Street according to the city’s proposal

With the long-standing lack of investment at both the railway station and the bus station, both stations have stopped to meet modern requirements. Since at least 2015, the city has been considering changing the location of both stations and building them in a completely new form.

The bus station would be built at Kochanowski Street – between this street and the railway tracks. What is important, the burden of financing this investment would have to be taken on by the city.

However, the most ambitious part of the idea was to build a large, modern hall of the railway station raised above the railway tracks, which would connect the old building of the railway station at Grottger Street with the planned building of the bus station at Kochanowski Street. Finally, the design of the railway station hall above the tracks failed, and PKP decided to modernize its station primarily by expanding its underground parts and roofing platforms. Necessarily, the new bus station would be now separated from the railway station by tracks, and the combination of the two stations would provide a pedestrian tunnel and footbridge over the tracks.
As for the bus station itself, the construction of it in the future at Kochanowski Street allows, first of all, for the development of the historical fans hall and the reconstruction of the second hall. This is important for revitalizing the historical infrastructure of this neglected part of the city.
The size of the plots dedicated for the new station is so big, that the design of the station can be done with great freedom. At the same time, it is important to be aware that the programme of the station is limited only to public functions (communication services, cultural services) with omitting completely commercial functions (trade, gastronomy, business). This is due to the private ownership of the land, which can be expropriated only for a public purpose.
The most important argument in the location of the new station, however, is the relief Piłsudzki Street from traffic of long-distance buses, all courses would be implemented by Siemieński Street.

The opinion of Architect Maciej Łobos in favour of leaving the station at Grottger Street.

– The PKS authorities have right to keep the location of the bus station at Grottger Street. Especially if they have got a partner thanks to which they can finance the construction of the station from scratch.
– Five years ago, our company prepared a comprehensive analysis and concept on behalf of a large, international developer who was interested in entering into a partnership with PKS and building a new bus station, then unfortunately the company changed ownership. But it is on the basis of these analyses with all responsibility I can conclude that the area of the current bus station, extended with the former coal depot from the tracks side is completely enough to design a large and modern station with accompanying functions: parking, commercial, office and even residential one.

– Such mix of functions is necessary for the proper functioning of the midtown space. Experience of both Polish and Western countries shows that stations focused only on the communication function become “extinct” outside rush hours. All the art in this is to create an area that lives all the time. This is how historical cities have always worked, and this practice was dropped in the last century in favour of modernist utopia.

– Today, stations and other public facilities are not treated as something that lives only its own life. People need to be able to use them, not just according to their main function. They must be a place where people can stay, meet friends, shop, even relax. Not only does this create a better environment, it also increases the profitability of the whole enterprise, because all these functions drive each other. This is something obvious in the world today and in that way new and revitalised old public and infrastructure facilities are planned.

– Moving the bus station to the north from the tracks is a dubious idea for other reasons as well. This will break down the existing function links of the part of the city south from the stations. People get used to certain locations and radically violation this state disrupts the established behaviour of residents, which has worked so far. The relocation of the station is also relocation of people traffic, and this will have a negative impact on trade and services at Grottger and Piłsudski Streets.
– I would not demonize the movement of long-distance buses on Piłsudski Street. There are about 500 bus departures throughout the day. That’s not much in the all daily traffic of cars on the thoroughfares in the center. The improvement of traffic conditions here is rather dependent on the transfer of part of the passenger cars traffic, e.g. to planned ‘Wisłokostrada’. This will give much better effect – believes Maciej Łobos

Local plan to enact or change ?

As we can see, the two concepts presented for the location of the bus station are based on completely different premises and, due to the different way of financing, have a completely different time perspective for the implementation of the investment. However, the city must already decide where the future station will be built. From this will depend the fate of the local development plan for the station areas, which has just been addressed for adoption by the Rzeszów City Council (in the form of a change of plan). Either it will be enacted in a version prepared by the planners, or it will be thoroughly reworked. This is one of the most important planning decisions of recent years with a very wide impact.