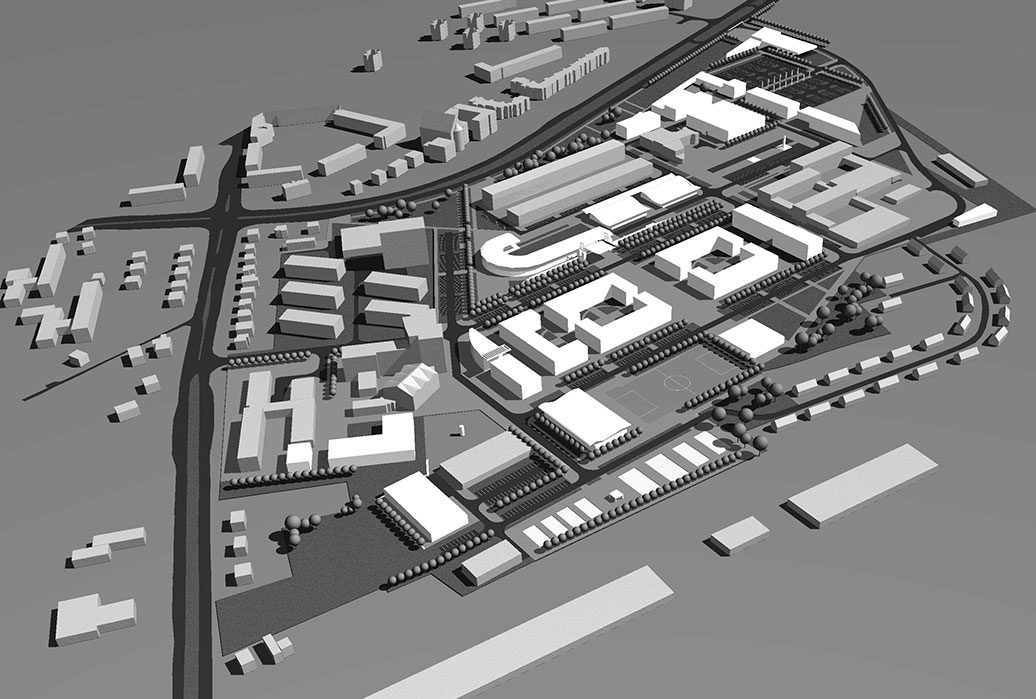 Architects agree: today’s spatial layout of the Rzeszow University of Technology is a chaos. However, this may change. A nationwide SARP’s competition offered for an area development plan including the universities grounds has been settled.

The task was not easy, as existing educational buildings and dormitories are already there, located on the area between Podkarpacka Street, Warsaw Insurgents Avenue, Poznańska Street and Emilia Plater Street. Soon, new buildings are to be built there, including new Student House and indoor pool. The projects that entered the competition had to take into account the existing infrastructure, and at the same time correspondingly fit it into the one that is yet to be created.

– However, the project is not binding- stipulates Kryspin Filipowski, CTO of Rzeszow’s University of Technology. Indeed, the sudio project, unlike the implementation project, primarily is to provide ideas for urban solutions. All investments of the University of Technology will be implemented according to such a project- says Jacek Lisowski, Chief Investment Specialist.

The competition organized by The Association of Polish Architects was announced in September. At least twenty works were expected to be submitted, but only six of them came. A minor prize fund was a probable reason of that. 15 thousand PLN for winning the first place was not able to attract multitude of architects. Instead, the competition became an opportunity for the young.

–  We expected the authors of the winning project to be a team that has already designed many universities. The result was a big surprise for us, says the CEO of Rzeszow’s SARP- Władysław Hennig. The competition was won by three young debutants from Rzeszow: Marcin Smoczeński, Wacław Matłok and Maciej Łobos (The MWM Project Studio).

The CEO Hennig praises the work of Rzeszow architects:

– Their spatial arrangement is organized, orderly and what is very important- elastic in the aspect of changes. The new spatial development plan (in line with the development plans framed by University of Technology by the year 2020) accurately separates the sectors of the student campus.

– This is very important because you study in a different place, live in another and rest in another- explains the CEO of the SARP. The authors of the project also have taken care of internal communicating. The jury objected only the location of parking lots in the center of the team and too small amount of greenery.

So far, the university authorities have not yet decided whether the awarded project is going to be the basis for future implementation. Perhaps ideas from other submitted works could also be used.

The development of the University of Technology has been based so far on plans from the 1970s. A competition for a new spatial development project was necessary, we could no longer rely on the previous one- underlines Kryspin Filipowicz.

How many project assumptions of three young architects from Rzeszów will be implemented, we will see in … 2020.