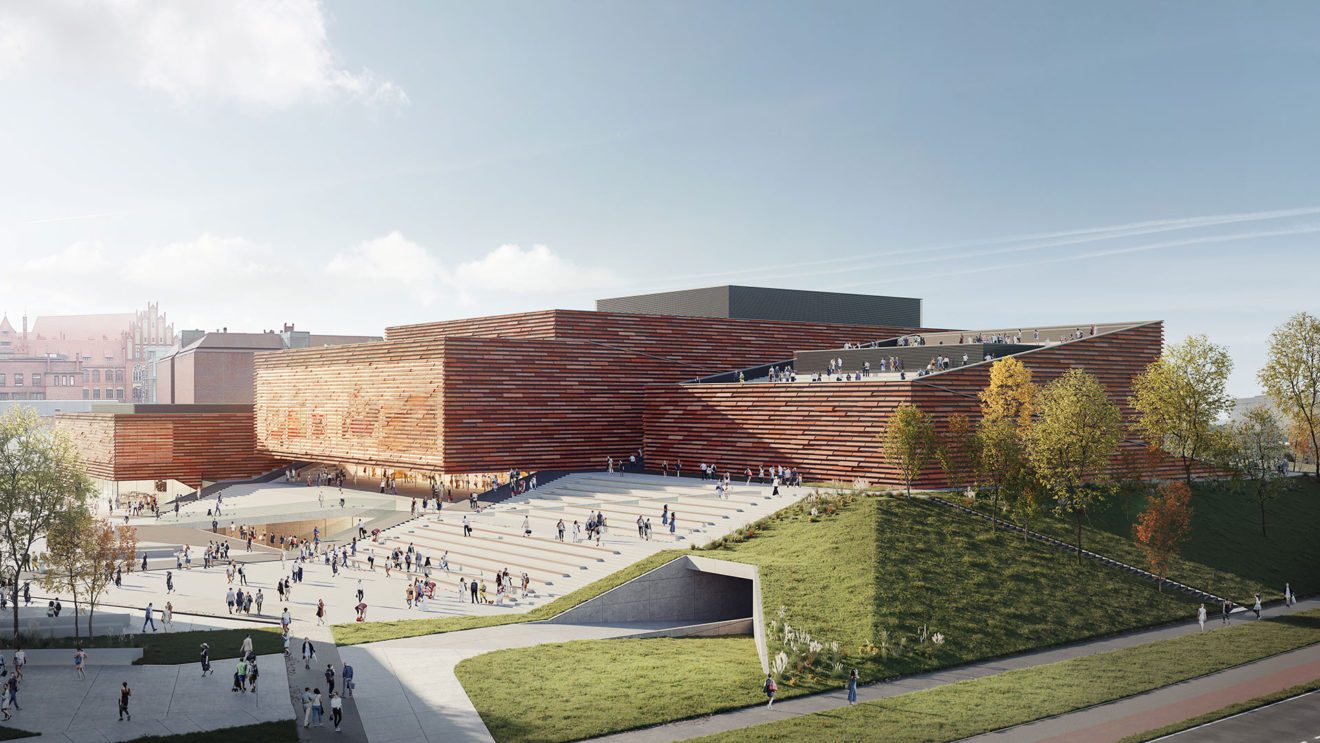 We present one of the competition entries from Polish studios that took part in the most important architectural competition in Poland in recent years – the competition for the headquarters of the European Film Centre CAMERIMAGE in Toruń. MWM architects proposed a block which would be an extension of Toruń’s Old Town, with a façade reminiscent of traditional Toruń buildings. We talk to the team about their assessment of the competition process, what the architects wanted to achieve with the proposed concept and finally: how they evaluate the jury’s verdict.

Over 100 projects from all over the world were submitted for the competition, including works by Polish studios. One of them was MWM office from Rzeszów which proposed a building that would refer to the architecture of Toruń’s Old Town and would be an element bonding the surrounding buildings created in different periods of time. The MWM project was not qualified for the second stage. We talk to the design team about how they evaluate the organization of this important competition, about the main design ideas and we ask how they evaluate the jury’s verdict.

Katarzyna Domagała: During the announcement of the competition results Bolesław Stelmach, the chairman of the jury, stressed several times that this was a very difficult concept to develop due to its high ideological requirements. Do you agree?

MWM: This project was difficult for many different reasons. First of all, locating a large building in the city center always involves the risk that it will become a breach in the urban tissue – a closed area, like a prison or a huge shopping mall. Apparently accessible, but only to a few and only at certain times. Such buildings create a dead space, socially, with all its consequences. It is a complete opposite of the traditional old town, which is a mosaic of streets, squares, and buildings, where you can move freely in many ways.