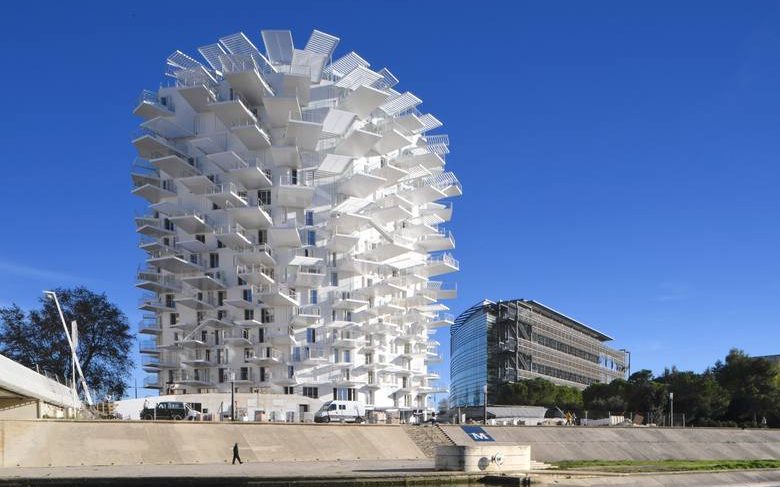 There is a lack of comprehensive vision in Rzeszow, on which development of smaller fragments could be shaped. And this is really the last chance to take specific measures in order to let the city develop in a harmonious and modern way.

Those areas are dozens of well-connected and equipped hectares. People generally want to live in the widely understood center, because it provides ease of movement, access to public and cultural services, and the possibility of interpersonal contacts – says Maciej Łobos.

– Contrary to appearances, these are not difficult matters and not some secret knowledge. Many cities in the world for a few decades have been working successfully to improve space. All it takes is to meet several conditions.

According to our interlocutor, the construction of a new space in the city should begin with the density of buildings in the downtown, which need to be understood as the entire inner ring surrounded by an old city beltway. There are a lot of areas that require renewal and, with proper development, may become the trademark of modern Rzeszow. It is also a higher level of security (the more people on the street, the safer it is) and lower costs of infrastructure and transportation.

In architect’s view, we have a lot of such places in the city. Among them, he lists mainly the areas between Batalionów Chłopskich Avenue, Boya-Żeleńskiego Street, Langiewicza Street and Dąbrowskiego Street, which may become a large modern district. He also points to plots of land after the former Zelmer factory, as well as to the ‘’Cefarm’’, military units, areas along the Wisłok River, allotment gardens, railway tracks areas, bus depot at Wyzwolenia Avenue, the ‘’Chemifarb’’, corner of Okulickiego Street and Wyzwolenia Avenue, post-industrial areas in the vicinity of the former ‘’Instal’’ (Reja Street and Instalatorów Street) and poultry farm.

It is just offhand, without looking at the map, and yet there are infills in the city center, bus stations, the building of the Orange and so on. That is the thing to focus on and to establish the rules for the development of these areas, without concentrating on how to emerge the suburbs- the architect explains.

Who should decide on the method of future development of these places? According to Maciej Łobos, professionals should have the decisive voice. He suggests that ideas for the development of these areas should be selected through architectural competitions. It is a proven and effective method of finding solutions to spatial problems in cities. And an example of this are cities all over the world which, using this tool, create a space that sets trends for others.

– In Poland, this awareness tends to slowly and reluctantly break through. We have a great example of the Imperial Shipyard in Gdańsk. Two years ago, the competition for its revitalization was won by a top office from Denmark – Henning Larsen.  Design Works and preparation for the construction are currently underway. If we want to have serious offers in these competitions, reputable companies must be invited to them and paid for the participation, because no one is going to work for free on something which often costs hundred thousand zlotys. Having competition entries at our disposal, we can conduct discussions and debates. Without it, all these conferences and discussions resemble stirring the tea without sugar – comments Maciej Łobos.

Only on the basis of results of such competitions, it is possible to create local law that will set the rules for spatial development. Maciej Łobos believes that this is the only way to create credible and meaningful local plans. And urban planners who create legal provisions, such as a local plan or a study of land use conditions, should actively participate in the preparation and evaluation of competitions – explains the architect.

– It cannot be expected from city hall employees to become space creators, because that is not their function. Because we might as well expect employees of faculty of architecture or councilors to design buildings. It doesn’t work anywhere in the world – explains the architect.

A French Example for Rzeszow

Rzeszow, with the population of 200,000 could successfully follow patterns from Montpellier, France, inhabited by around half a million people. This city created a program to support the architecture of the 21st century. Its main goal is to harmoniously introduce unique structures that express creativity into the urban landscape.

– While designing new architecture, a bravado, a kind of architectural madness is desirable. In this way, they want to refer to extraordinary architectural realizations from the 18th and 19th centuries. In this model, the city finances the organization of the architectural competition, and then selects the best designs and awards their authors, says Maciej Łobos.

The concepts are then assessed by the residents. During public consultations, you can choose the best idea. In the last stage, its implementation is already undertaken by the developer who bears the construction costs, but then profits from the commercialization of the area. According to experts, this solution is the best way to reconcile the expectations of all parties using the city space. The residents of the new building also take benefit from it, because modern, well-designed space definitely improves the quality of life.

An extremely successful result of such a process is a residential building, called the “White Tree’’ that has just been put into use. The prestigious ArchDaily portal acknowledged it as the most beautiful apartment complex in the world.

The facade of the building is snow-white, and the whole is completed with more than 200 openwork terraces. The 17-storey apartment building is not too high. Along with its 113 apartments, it houses a restaurant inside.

The fewer cars the better. The largest modern cities in the world are more and more boldly reducing the number of cars in the city centers.

– This is the only right direction. We need to move away from the domination of the car and definitely focus on public transport, because without it, every city in the world is going to suffocate – emphasizes Maciej Łobos.

In his opinion, the expansion of roads is not a solution, because the more roads, the more cars, it is a slippery slope.

– There is a general rule- car-friendly cities are inhospitable to its residents and there are no exceptions to this rule. Today we are dealing with many large-scale programs of  reestablishing cities to the people again- adds Maciej Łobos.

Such a trend is implemented in many cities incl. London, Paris, Copenhagen, Seoul, New York and Sydney.

– We need to progressively reduce the role of cars in the city and, at the same time, create an alternative in the form of efficient, safe and friendly public transport as well as infrastructure for pedestrians and cyclists. If we start to act according to such assumptions, our city will develop wonderfully. All other points, such as discussions about whether the buildings should be high or low, nice or ugly, are a secondary issue – concludes Maciej Łobos.