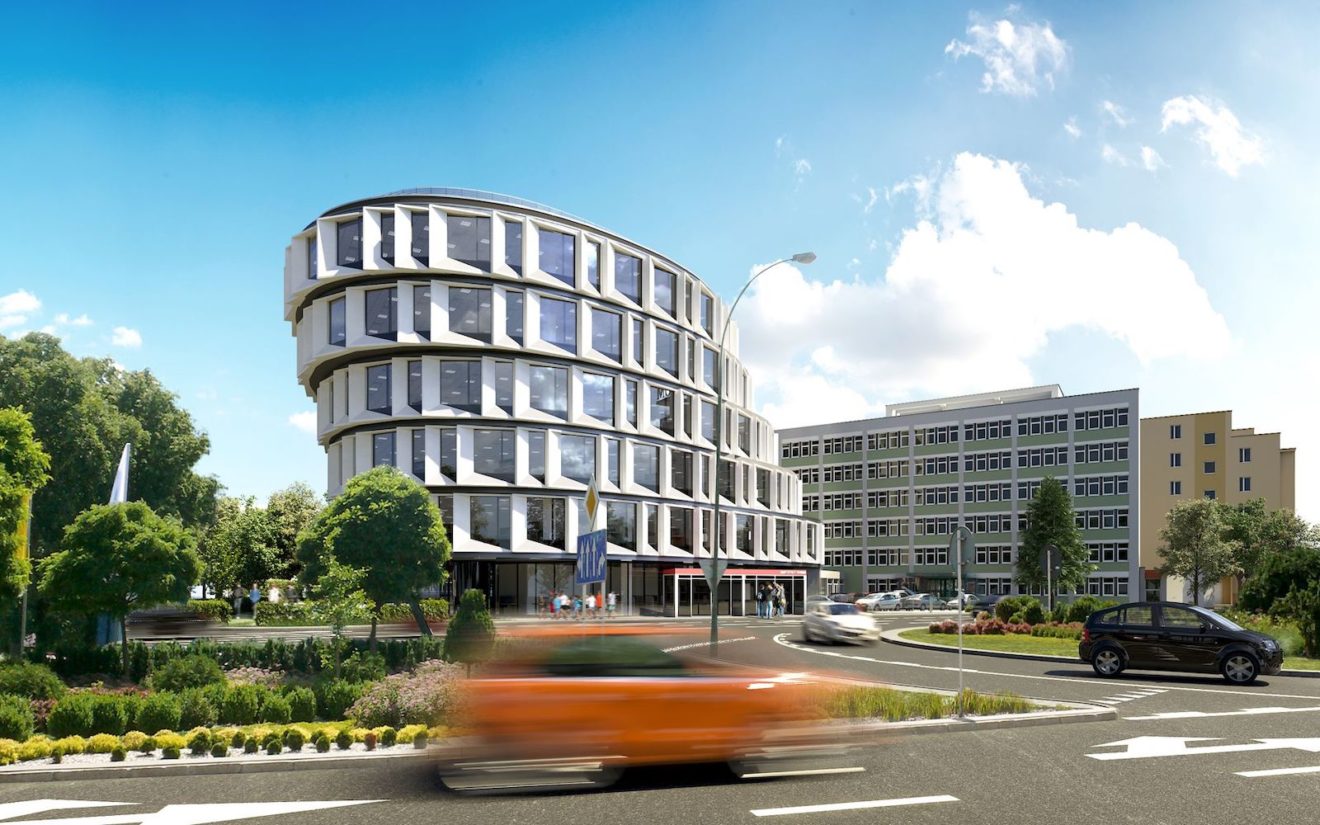 In the very center of Rzeszów, an office building of the MWM Architects design will be built

The building will be located in a unique place, in the very center of Rzeszów, at the corner of Moniuszki, Lisa-Kula and Zygmuntowska streets. Exposed from all sides plot adjoins to one of the most important crossroads in the city, and every building that will be built there will be the subject of criticism and a lasting element of the cultural identity of the city.

Characteristic feature of inner-city buildings is its intensity and compact character. The streets have constant frontage created by adjoining facades of neighboring buildings, coming from different, often distant times. This kind of urban building practice was successfully applied in the 1950s. Since the 1960s, this traditional approach was abandoned, influenced by modernist theories, which focused more on individual buildings, at the cost of the cohesion of urban fabric understood as a single, coherent and interconnected system. In Poland, this negative phenomenon has additionally combined with the material damage resulting from the war activities carried out between 1939 and 1945, as a result of which the space of Polish cities is characterized by losses, underdevelopment of urban fabric and high infrastructure costs associated with the dispersion of buildings. This also results in negative social phenomena, such as alienation, resulting from the restriction of interpersonal contacts, safety decrease, health problems, etc.

The designed  by MWM Architects building is intended to restore the urban fabric its human dimension, by tidying up and complementing buildings as well as creating valuable public space. In accordance with the classic rules of urban planning, it pays special attention to the traditional continuity of the frontages of urban streets, complementing of torn urban fabric, need to properly close the corners of buildings and create dominants.

The form of the facade is a tribute to the traditional historical facades of the inner-city townhouses, which are full of detail in the form of ledges, portals and forges. “We wanted to create a building of a similar character, but with modern means of expression. In addition, the angle of rotation of facade and window elements allows for less penetration of the sun inwards, which increases energy efficiency and increases the comfort of work – emphasizes Maciej Łobos, architect, chairman of the management board, MWM Architects.