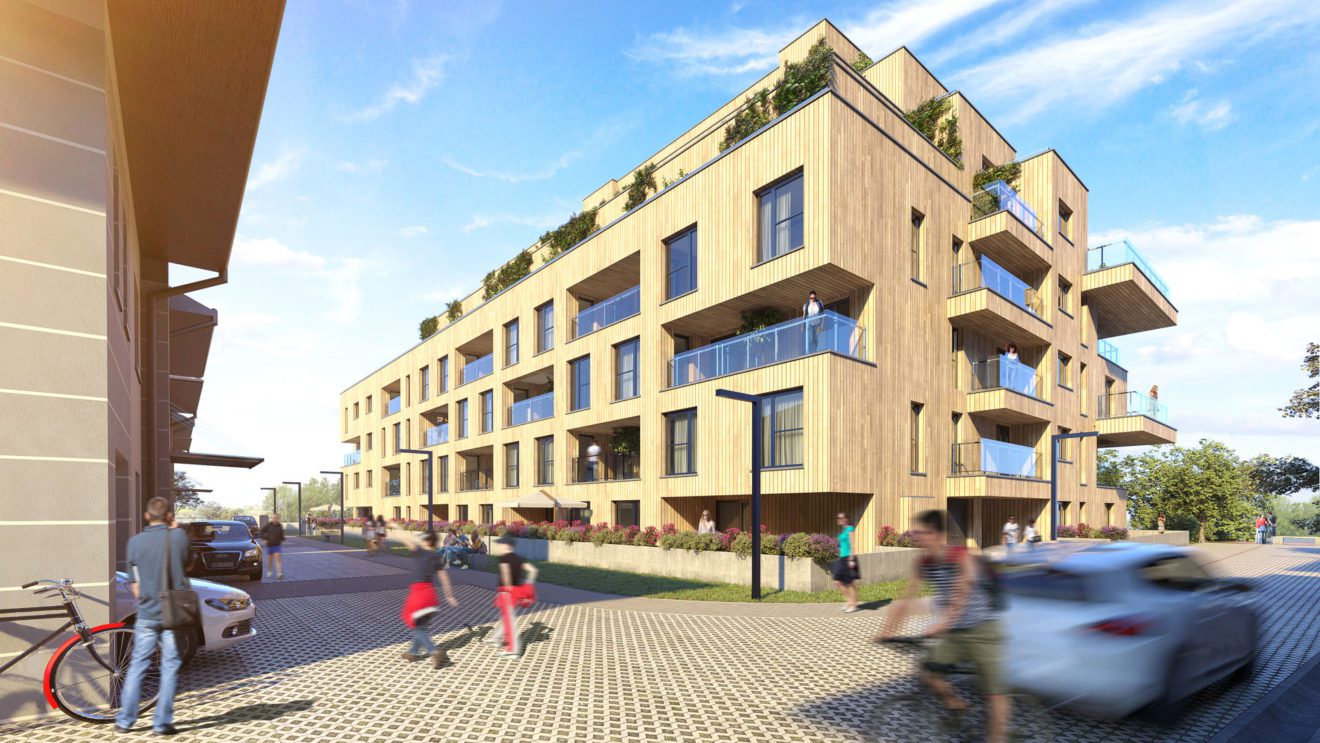 Wooden House- an interesting building by the reservoir in Rzeszów

Next year, another residential building is to be ready by the reservoir on the Wisłok River in Rzeszów. It is the first apartment building in the city entirely covered with a facade resembling wood.

The building is being built on a small plot of land located right on the shore of the Rzeszów Reservoir, right next to the pedestrian and bicycle path.

– From the very beginning, we were aware that despite its small size, the subject is extremely difficult, as the building, whether we like it or not, due to its unique location, will become another landmark – a permanent element of the panorama of Rzeszów – says Maciej Łobos, architect, president of the board of MWM Architekci.

It was his studio that designed the apartment building. – When designing the building, we had to ensure that neighbours had the right sun exposure and create a structure that would not overwhelm the surrounding buildings with its mass. Hence the idea to break up the facade into pixel-bay windows and move back the next, higher and higher floors. It also allows future residents of the building to have an unrestricted view of the reservoir and the surrounding area – describes Maciej Łobos

The architects created the design that follows Scandinavian patterns. As they define it, it is rather adjusting to the natural landscape than an attempt to dominate it. The facade of the building also draws on this tradition, integrating the building with the green riverside landscape. The apartment building will be ready next year.