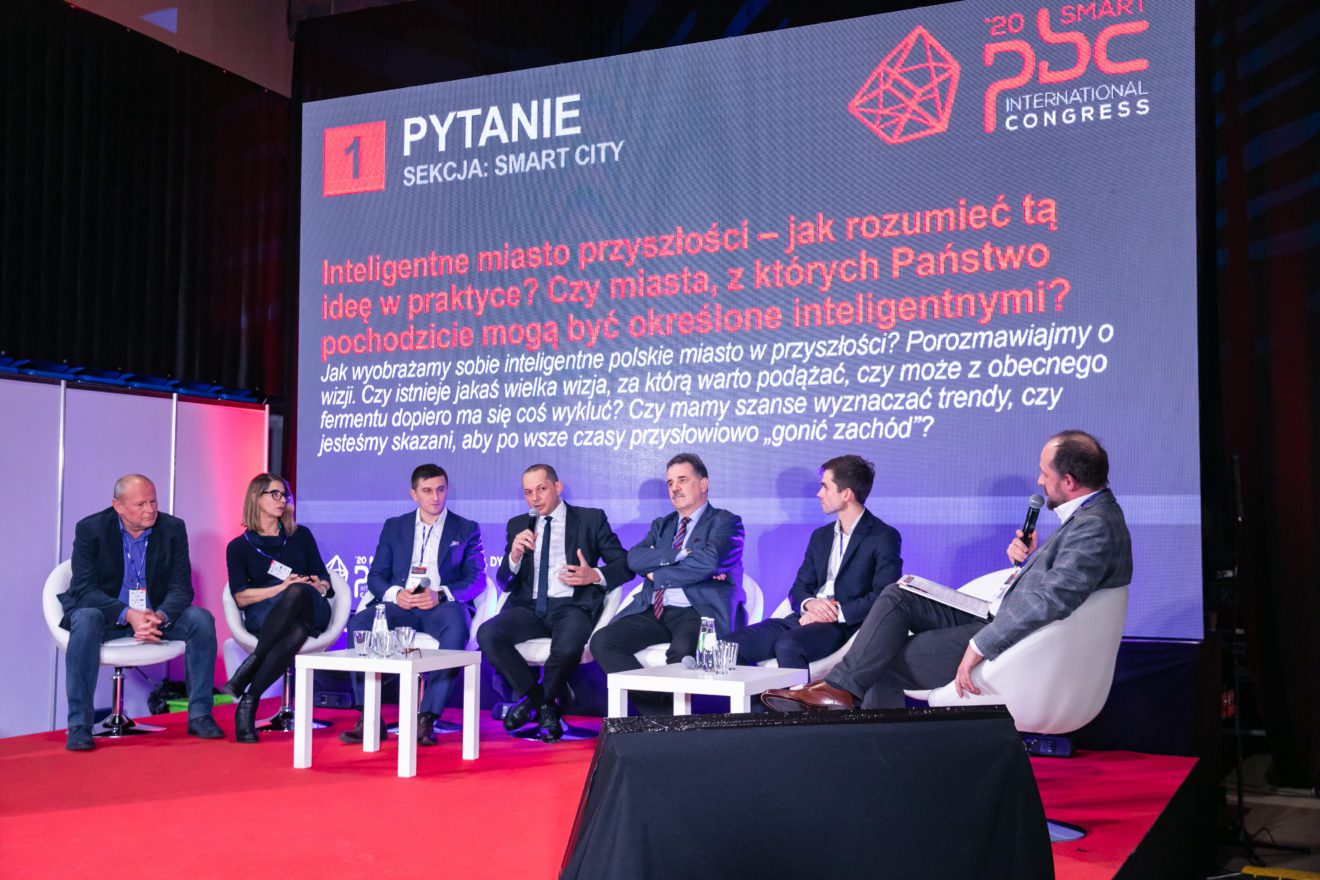 Maciej Łobos participated in the discussion panel on smart cities that took place as part of the third Smart Project, Building & City Congress 2020

– I have the impression, perhaps it is subjective, that most people who use the term ‘Smart City’, somewhere in the back of the head, can subconsciously think about technology: a city that is packed with sensors, computers, centrally-controlled, managed, etc. Of course, I completely disagree with that. I think it is like turning the problem upside down. Such thinking is extremely dangerous, because it interferes with our freedom, it is a terrible menace to society. This is the fulfillment of the visions of Philip Dick described in the “Minority Report” that Chinese communists are currently implementing.

– It’s all about focusing on people, moving away from technological thinking- technology is just a tool. Michelangelo created great things without having numerically controlled machine tools or computers. It is exactly the same with space in the city. First there is a question of who is the man, what are his needs, how his senses work, the scale of space comes from limitations of our senses, how we establish relationships, and then comes the idea of how city should look like. We always need to ask ourselves a question: ‘’WHY’’ first, and only then: ‘’HOW’’.

– I define a smart city as a human-friendly city, where public squares and green areas are 2 minutes away from the place of residence of each inhabitant, and not like the Papal Park in the suburbs, to which you have to go by bus. I also define it as a city where it is not allowed to locate headquarters of any banks on the main streets, because it causes extinction of urban fabric, where the streets have the right proportions, and public spaces are usually no more than twenty meters wide. These are simple and cheap ways to make the city friendly to residents and we do not need to use exaggerated solutions: – I don’t need a road sign talking to me.

– Each of us probably would like to board a time machine and, interestingly, as a result of delays caused by life behind the Iron Curtain, we have such an opportunity today. We can observe what problems western cities have been facing and how they dealt with them. We can learn from their mistakes and do not replicate them.