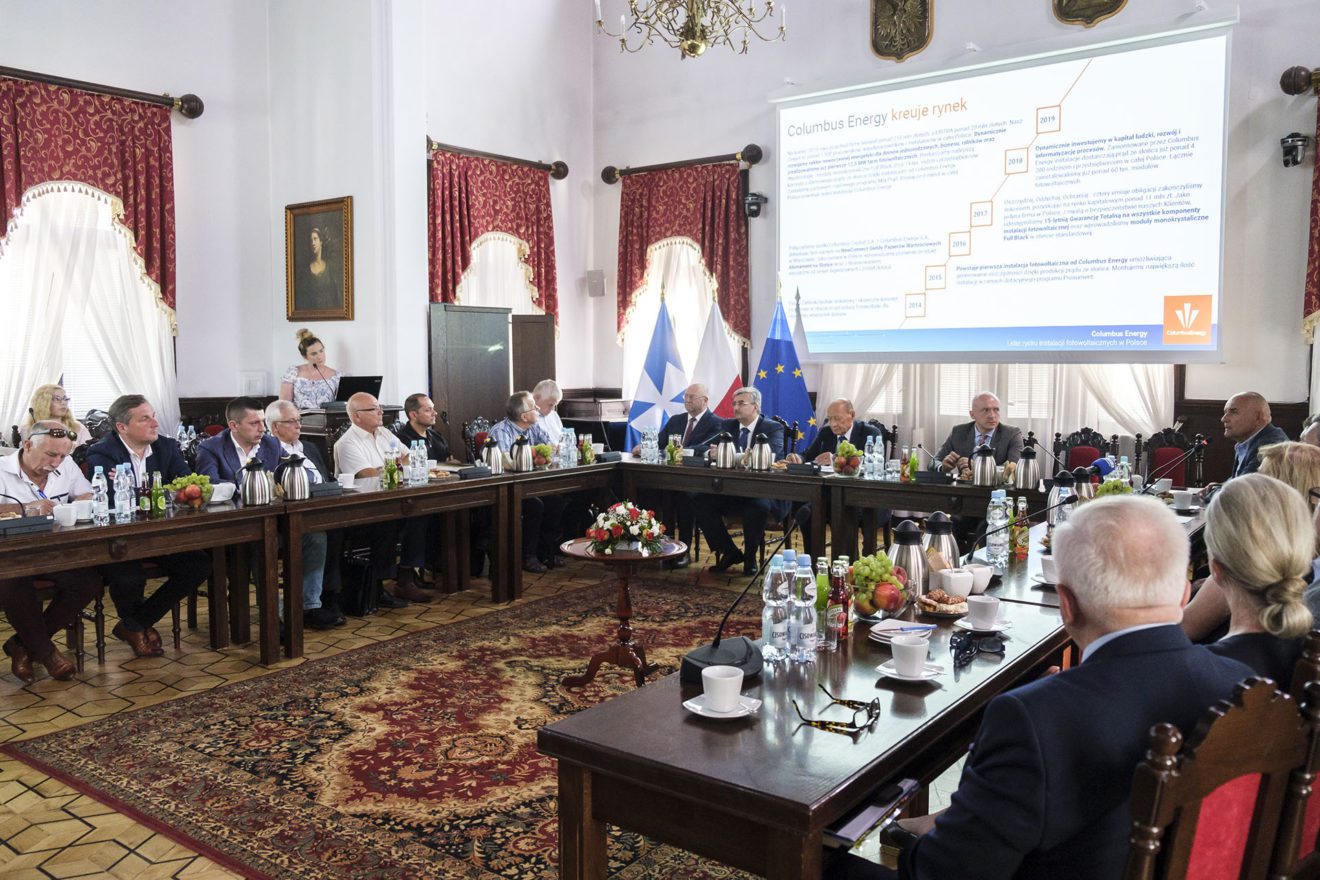 Meeting of Rzeszów authorities with the representatives of real estate sector

We must be aware that any human activity or development activity – building houses, office buildings, factories or running any other business – has an impact on the environment.

A team of specialists working under the aegis of the Polish Academy of Sciences has prepared a report, which shows that as a result of the lack of spatial planning, Poland loses about 85 billion PLN a year. If someone in the deep suburbs plans an investment, then the city is obliged to provide the utilities of such area, provide access, social infrastructure, transportation, etc. There is a phenomenon of ‘privatisation of profits and making the costs public’. All of us, as a society, must make up for the fact that the process of deindustrialization – spreading of the suburbs, generates enormous costs.

Rzeszów is lucky that in the city are a lot of areas that need to be revitalized and these are extremely valuable plots. It would be good to finally start projecting and planning these specific areas – post-industrial sites, military units, military gardens, railway areas.

In Poland, we have at our disposal only a study of the conditions and the local plan, which really tied the architects and investors hands and hence there are so many requests for their change and, above all, resistance against their preparation. In the meantime, we need something that has not been legitimated in the Polish legal system, but is used in Europe and the world, that is, an advanced concept – the so-called ‘master plan’. This concept shows what we can do, how it supposed to look like, how much space there is for people, how this space changes climate and human behaviour. All of these are the subject of interest for architects and urban planners. We do not do this in Poland, because our law does not require it, but it also does not prohibit it. Such plans need to be prepared even informally, because Polish law is unfortunately very invalid in this regard. In Rzeszów the city centre has not yet been as tightly built up as in other major cities and therefore we have a chance to do something really good.

In Polish law, system changes are necessary at the level of the Law on Spatial Planning Act. The city must be given a legal mandate that will allow it to dispossess, merge, prepare the utilities and sell the lands once it has been included in the plan. Spatial planning should be considered as a public purpose. Until we change that, we will be doomed to complain that it is wrong, but we will not be able to do much with it locally.

Investing in the city is a permanent conflict. Any activity carried out in the city violates someone’s interests, affects the interests of neighbours. That is why we came up with the law to try to reconcile these interests. Every investment in the city is the subject of constant negotiation and discussion, because somehow such interests, often conflicting have to be reconciled. This activity is i.a. for people like me. Very often we are hired just to “eat a cake and have a cake” and please believe me, very often it can be really done.

We also need to change the paradigm when it comes to the cars in the city. If we want to have less concrete and more greenery, then we need to have fewer parking lots in the city and more people. For this reason, the indicators of the number of parking spaces in the city centre must be rethought. We need to move away from setting minimum rates, constantly lifting them and forcing developers to build larger and larger car parks. The world is now doing exactly opposite. Maximum indicators are set and relatively few parking lots can be located in the city centre, but in return people are given good public transport. Thanks to this, life comes back to the city centre. If we want Rzeszów to be a living, thriving, adapted to the lives of families, etc. city,  this is a fundamental shift of the paradigm.

The local development plan should, in principle, be of a general nature and should not create architecture, because this only leads to conflicts. It should define a certain frameworks and leave it to investors and architects to complete.